Posted at 17:16h in News and Resources by ainman 0 Comments
0 Likes 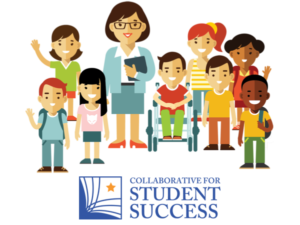 To kick things off here at Testing 1-2-3, let’s take a look at one of the biggest assessment stories of the day. In the wake of the college admissions scandal, the College Board’s announcement last month of a new “adversity score” to measure a student’s school and environmental context was a lit match dropped in a fireworks factory. The response among the chattering class was swift and equally strong. But lost among the hot takes is why the College Board and others felt the need for such a mechanism in the first place, and what this says about the role assessments must continue to play as an important driver of equity.

As some have pointed out, admissions officers have always used less sophisticated methods to get at the information the College Board is now offering. Students from less-privileged backgrounds often face greater obstacles, which manifest in numerous ways, notably in the lamentably poor job elite colleges have done at building an economically diverse student body. In response, charges of discrimination and social engineering have been levied, as have calls for the outright elimination of admissions tests—most loudly from a strange mix of aristocrats and armchair social justice warriors.

Ironically, eliminating standardized tests would in fact make the admissions process less equitable and do more harm to low-income and minority students. This is because tests like the SAT are the “only truly uniform, objective, and predictive” way to compare candidates from disparate backgrounds. Without these measures, the admissions doors would be thrown wide open to those with power and privilege. It’s a point worth underscoring, and one that’s too often lost in the awful din of ill-advised attacks against testing.

Yet the most egregious oversight of the current SAT controversy is a much-needed argument about what this says about the inequities in our K-12 system. None of this would be an issue if every student had access to academically challenging coursework and the ability to learn in environments created to help them succeed. Instead, we have a debate framed around how to ration the limited seats available rather than how to expand the supply of and access to high-quality schools. And the claims that eliminating testing would make the process fairer would actually result in greater subjectivity. It’s a zero-sum argument that simply redistributes the winners and losers of the current system.

Most Americans are supportive of efforts to diversify the nation’s institutions of higher education, but they also believe that merit alone should determine who is admitted. These two ideas don’t have to be mutually exclusive, but so long as they are viewed that way, a great deal of anxiety will continue to be misplaced on the doorstep of tests like the SAT. Moreover, at-risk populations will continue to get the short end of the stick.

Of course, there’s an underlying tension in the desire of elite colleges to maintain high academic standards and their aura of exclusivity while simultaneously enrolling more students from underrepresented populations. And because upward mobility has stalled, it’s laudable when folks like College Board CEO David Coleman are at least trying to do something to democratize access to the nation’s best colleges and universities. But today’s solutions are ultimately Band-Aids if we’re not willing to do the hard work of raising the academic performance of all students—especially those from our most marginalized populations—and protecting the assessment systems that allow us to ascertain how they are truly faring.