Posted at 09:52h in News and Resources by Josh Parrish 0 Comments
0 Likes 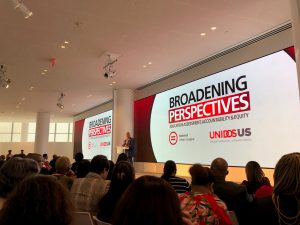 On Tuesday, I attended a convening in New York City hosted by the National Urban League (NUL) and UnidosUS on the future of assessment and accountability (FOAA). Coming on the heels of last week’s NAEP release (more on that here and here), the timely event—titled “Broadening Perspectives: Education Assessment, Accountability, and Equity”—summarized over sixty focus group sessions and interviews held last summer with 260 participants from various stakeholder groups. A final report will be issued later this year, with potential next steps to include mapping out FOAA policy and advocacy considerations (i.e., for whenever ESEA is reauthorized).

I had many takeaways from the event (more on that below), but it’s worth noting that NUL’s and UnidosUS’s effort is one of several already underway designed to solicit input and feedback on the future of assessment and accountability. While the process of gathering divergent perspectives can be helpful, Tuesday’s event underscored how difficult it can be to have a productive conversation focusing on assessment when surrounded by the din of today’s political climate. From social-emotional learning and funding inequities to English language proficiency and racial injustice, every intractable problem under the sun—education or otherwise—came up during the half-day event. Which is to say, when it comes to what’s hot and what’s not in education, assessment and accountability are unquestionably in the latter camp. 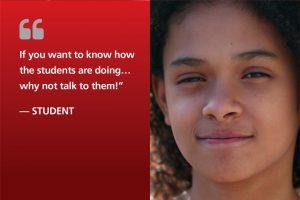 What this means for the future of assessment is, in a word, brow-raising. Based on some of the conversations and discussions on Tuesday, it felt as if the ground underneath is shifting within the civil rights community, which NUL and UnidosUS represent, as to their commitment to standardized testing and student data broken down by discrete subgroups. To be fair, “promoting disaggregated data as an important equity guardrail” was called out in the presentation deck. But when asked to identify their testing non-negotiables, the rhetoric didn’t match: leaders from a panel of key civil rights groups were silent about both annual testing and disaggregated information. 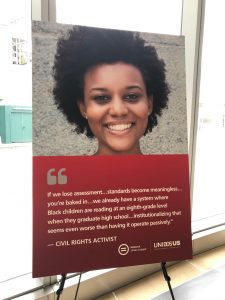 Indeed, the tensions inherent in this topic were palpable. One panelist referred to state tests as a “tool of oppression,” echoing a recurring theme during the event that standardized tests have been one of several mechanisms used to perniciously “center white culture.” At the same time, others acknowledged that the role of testing and accountability has not been so black and white—remembering the ease with which the performance of Black, Hispanic, and low-income students were regularly swept under the rug by states before Uncle Sam mandated annual exams with NCLB. Like the general public, however, many audience members seemed to lack familiarity with the details, history, and tradeoffs involved—another illustration of how challenging assessment reform will be.

On an encouraging note, “Broadening Perspectives” lived up to its billing in that it called needed attention to the diversity of voices represented among people of color, a segment too often marginalized in public policy conversations. It’s impossible to overstate how the civil rights community—led by influential organizations like NUL and UnidosUS—has been the linchpin in establishing and protecting the essential guardrails afforded by annual assessments. If their support evaporates, there’s no telling what the future might hold for educational equity and excellence.

Sorry, the comment form is closed at this time.