Will assessment history repeat itself?

01 Dec Will assessment history repeat itself?

Posted at 10:52h in News and Resources by Josh Parrish 0 Comments
0 Likes 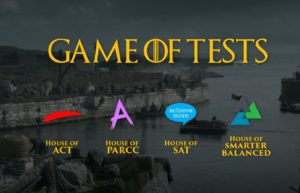 As conversations about the opportunity to rethink standardized testing gain steam following two years of pandemic-related interruptions, it’s worth remembering what happened the last time we got roped into an assessment rodeo of sorts. I’m referring, of course, to Race to the Top and the $330 million award that was made to PARCC and Smarter Balanced to develop a new generation of assessments back in 2010. Then U.S. Secretary of Education Arne Duncan said in announcing the grants, “These new tests will be an absolute game-changer in public education.”

The reality fell far short of Duncan’s lofty aspirations, but the tests that were developed—especially PARCC’s—were orders of magnitude better than what most states had been using. Indeed, many of the things people are clamoring for today—moving beyond multiple choice, through-year measurement—were part and parcel of the buzz around the two testing consortia. But fast forward eleven years later and while SBAC lives on, PARCC has largely been consigned to the ashbin of assessment history. Is there a lesson to be learned here?

To be sure, the atmospherics around testing and reform were in a different place back then, but at the very least, Race to the Top raises the question of whether a better assessment is what folks—especially assessment critics—are really after. The relatively expeditious jettisoning of PARCC from coalition states suggests that today’s eagerness to develop new and more innovative exams—as worthy an effort as it may be—could be a misread of the political headwinds and strategic challenges involved. Add in the fact that the Department of Education continues to play coy about testing next spring, and what you end up with is a whole heck of a lot to worry about.