Posted at 14:55h in News and Resources by lee southwell 0 Comments
0 Likes 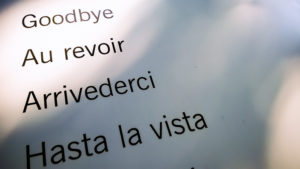 All 50 states including the District of Columbia, Puerto Rico, and the Bureau of Indian Education have sought or received an initial waiver from the U.S. Department of Education to suspend spring testing. Given the extensive disruption in learning, pressing the pause button now makes sense. It’s hard to overstate the implications of foregoing spring testing altogether, but some are apparently not content to stop there.

Case in point, the Massachusetts Teachers Association (MTA), which is leading a campaign in that state to not just cancel the spring administration of their state test, the “MCAS,” but to do so permanently. Read the Facebook exchanges between union members and MTA’s president, who left no word unminced. In response to a petition to suspend testing this spring, one commenter writes, “Personally I’d like MCAS to be gone forever,” to which MTA’s president replies, “That is next!” She adds, “Let’s shut [the MCAS] down, now and then kill it forever” followed by the use of the colorful hashtag “#ShutThisShitDown.”

While anti-testing advocates are not always so brazen, rest assured that the sentiment is widely shared regardless of how hot the rhetoric is. Political self-interest rarely takes a day off. To be sure, the ongoing crisis means that testing is the least of our worries at the moment, but it’s for this very same reason that establishment forces see an opening to do as much as they can to weaken state assessment systems.