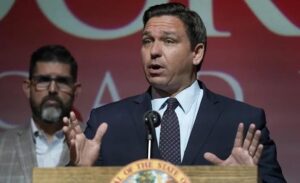 Posted at 12:27h in News and Resources by Josh Parrish 0 Comments
0 Likes

All eyes are on the Sunshine State in the wake of Governor Ron DeSantis’ call for retiring the state’s annual assessment system in favor of shorter “progress monitoring” tests. The move took some of the heat off of the state’s contentious mask debate while generating broad support within Florida’s education community. Is this why he chose this particular moment to make a news splash? We don’t know for sure. The political stars have been aligning against standardized testing for quite some time, but the governor’s announcement came as surprise nonetheless in light of Florida’s long history as a staunch proponent of annual testing and accountability.

If the state legislature goes along with the plan—and it would be surprising if it didn’t—the rollback of testing would mark a dramatic shift. On the one hand, there’s something to be said, even praised, about pushing the envelope on testing innovation. Everyone wants tests that yield better information in ways that are less intrusive in the day-to-day operation of schools. At the same time, it’s hard to see the governor’s motives as anything but being primarily politically driven, designed to curry favor as part of his higher aspirations and ambitions.

Politics aside, however, there are a lot more questions than answers. Of paramount concern is the governor’s plan to throw away a proven assessment system when a new one isn’t even in place yet. That’s like trying to build a plane while in midair, which makes little sense policy-wise. Why eliminate the current test before having a credible and reliable alternative in the wings?

Of course, if Florida is simply planning on breaking the current test into smaller pieces and spreading it throughout the year, it might not be that big of a deal. Still, as I recently told The 74, you can rest assured that any associated “high stakes” pressure would be distributed, if not magnified, too. What’s more, a through-year approach could also lead to unintended consequences, such as schools tanking the fall test to artificially create the appearance of student growth in the spring. There are more issues to unpack here, but I’ll keep my powder dry until we see more details. Stay tuned!