Washington: Will the feds go for its NAEP-like proposal? 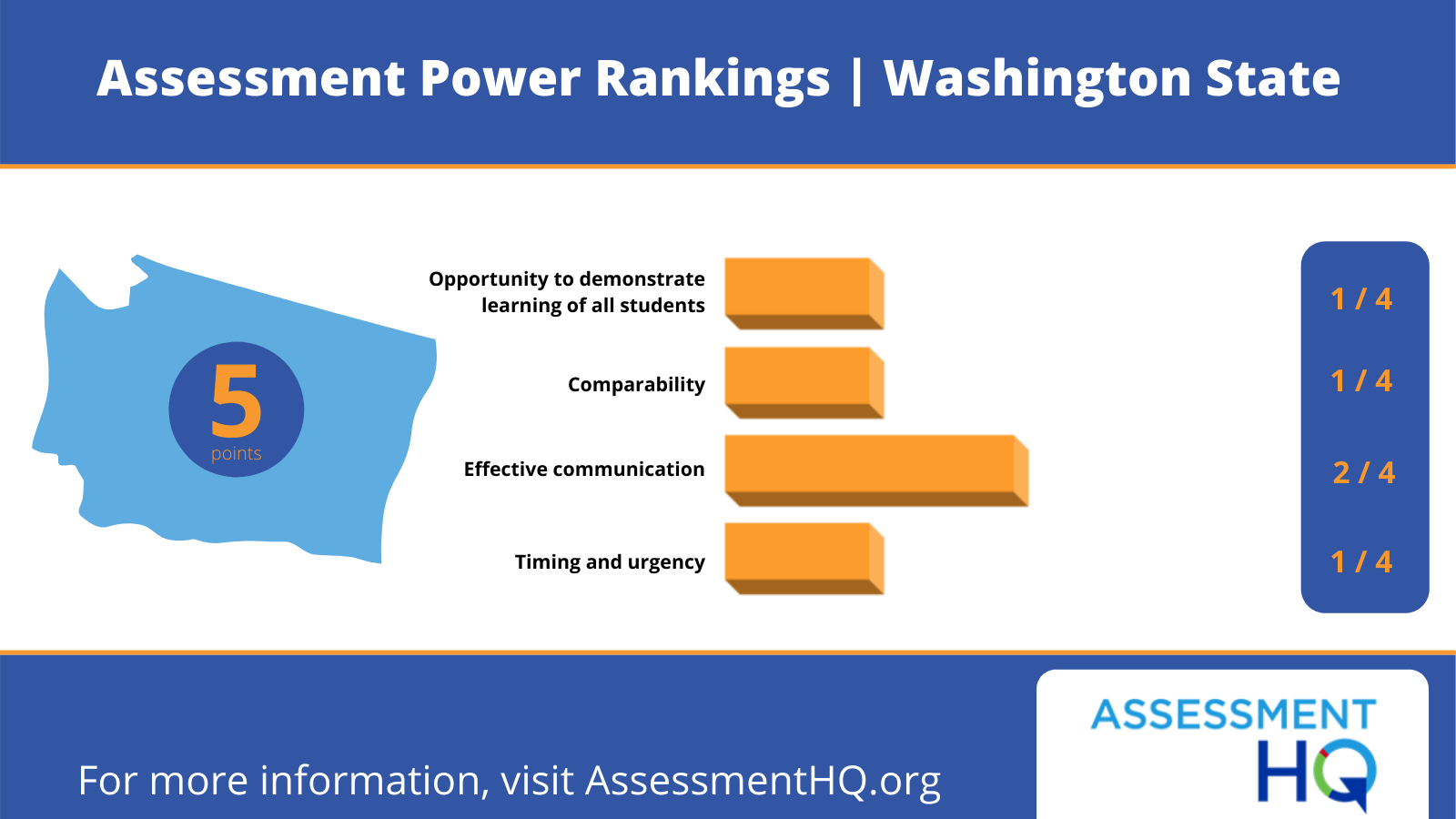 31 Mar Washington: Will the feds go for its NAEP-like proposal?

Posted at 14:32h in News and Resources by Josh Parrish 0 Comments
0 Likes 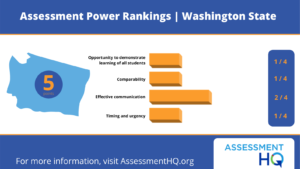 Last week, Washington state filed their assessment waiver request with the feds, proposing to conduct a NAEP-like sampling of approximately 50,000 students—in selected grades and content areas—in lieu of attempting to test the 700,000 students across the state ordinarily eligible in a given year. Their proposed methodology is being developed in collaboration with the University of Washington, and the state’s waiver cites Harvard’s Andrew Ho and his well-conceived plan for handling state testing this year. Notably, Washington is the only state (as far this observer knows) currently proposing the sampling route as an avenue for gathering statewide student performance data.

Before diving into the rankings, it’s worth acknowledging reality on the ground. According to the state’s education department, 51% of students are receiving in-person instruction weekly, and that number continues to tick upwards. The state’s largest teachers union continues to insist upon slow walking the reopening process. Plus the state’s education chief is well aligned with the unions and has never been a fan of standardized testing. Taken together, moving ahead with annual testing in Washington was always going to be an uphill battle.

With some measure of uncertainty hanging over Washington’s waiver, let’s jump in and take a look:

Washington’s sampling approach represents four percent of tests compared to a typical year. State officials euphemistically refer to this as having a “lighter footprint.” Indeed, it could be imperceptible if enough students in the state’s sample do not test. To wit, as noted in its waiver, the state has a long history of families opting out of testing, which raises further questions about the technical feasibility of a sampling approach during the pandemic.

Dr. Damian Betebenner, a widely respected educational assessment expert, has expressed similar reservations about Washington’s proposal. He notes that the National Center for Education Statistics (NCES) bailed on NAEP this year due in part to the difficulty of fulfilling NAEP sampling requirements during a pandemic. If NCES, which has developed a “well-oiled machine” with regard to sampling students in each state, doesn’t believe it can gather a valid sample, it’s hard to believe Washington can stand up a legitimate framework in only a matter of weeks (the state’s testing window opens on April 5th).

Under Washington’s plan, comparability of state test results across schools and districts will not be possible. District and school results will not be reported. Only statewide reports will be made available, and the performance of student groups will only be reported as part of the statewide results. What’s more, the sparse coverage of grades in Washington’s sampling scheme will create substantive issues for judging recovery efforts moving forward. As a result, Washington’s approach would leave them unable to leverage state testing data to better understand which schools, districts, and student groups require the most assistance.

To its credit, Washington has been transparent about its spring testing plan, making its proposal readily available along with a host of collateral materials. Unfortunately, the state education agency’s messaging on assessments is that it’s a “burden” on students, teachers, and families rather than an opportunity to gather essential data—especially at the individual student level. State and local officials have gone on record saying that state testing is a waste of time. Moreover, state officials have framed annual assessments as a zero sum against teaching and learning, claiming that proceeding with testing all students would result in “4.5 million instructional hours lost this spring.”

If Washington’s sampling approach cannot be carried out as planned due to unforeseen circumstances, any results derived for their sampled data could be problematic. And because there are more questions than answers, Washington could end up in a negotiation with the feds if they do not reject their waiver outright. Coupled with the state’s disinclination towards state testing—and their stated intent to lean into local assessments to drive recovery—it doesn’t require any stretch of the imagination to envision the state relying upon an incomplete picture, or worse yet a distorted one, of student performance at a time when having individual student data is arguably more important than ever. One of the test’s primary uses this year should be to help target the influx of federal funds Washington is receiving, and it seems almost impossible that these data will be adequate to serve that purpose.

Not related to the rankings, but something else perhaps worth considering: Washington state’s waiver seems to be at loggerheads with Senator Patty Murray’s (D-WA) professed support of testing all students. Does this mean there have been fireworks behind the scenes between state and federal officials? I’m not privy to such matters (although if readers have any intel, please let me know!), but the disconnect raises more intriguing questions.