Will the feds waver on waivers?

08 Mar Will the feds waver on waivers?

Posted at 11:23h in News and Resources by Josh Parrish 0 Comments
0 Likes 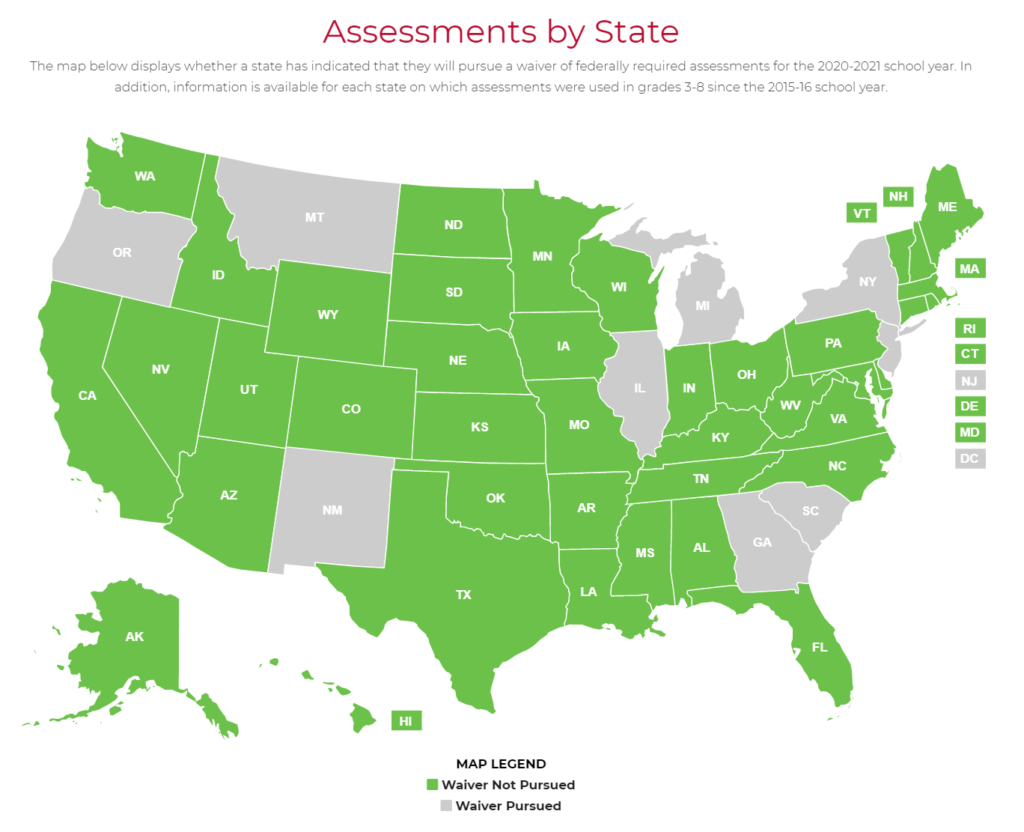 Despite last month’s letter from the U.S. Department of Education announcing that it won’t grant blanket testing waivers this year, a number of states plan on pursuing one nonetheless. To wit, Colorado—where this intrepid blogger is based—had been steeped in the buzz of test cancellation until very recently. In a change of course that materialized late last week, anti-testing advocates led by the teachers union abandoned their effort to scrub state assessments outright. Specifically, the bill to eliminate all testing this spring has been replaced by a new one that will significantly reduce the amount of testing without forgoing them completely. A federal waiver will still be required, but the scope would be significantly different.

The clock is ticking. Because annual testing ordinarily starts in earnest next month, states like Colorado contemplating waivers are moving fast to plot their approach. This Sturm und Drang raises a couple of key questions. Will the feds stick to their guns on requiring states to proceed with testing? And which states are serious about submitting assessment waivers? As usual, Assessment HQ has you covered.

Last week, we unveiled a new, one-stop tracking tool that displays state-by-state actions on testing waivers. The tracker allows users to quickly identify whether a state has officially indicated intent with the U.S. Department of Education to pursue a waiver of federally required assessments. We’ll be keeping this easy-to-use resource updated in real-time, so come back early and often to see what states are up to!