The assessment roller coaster is far from amusing 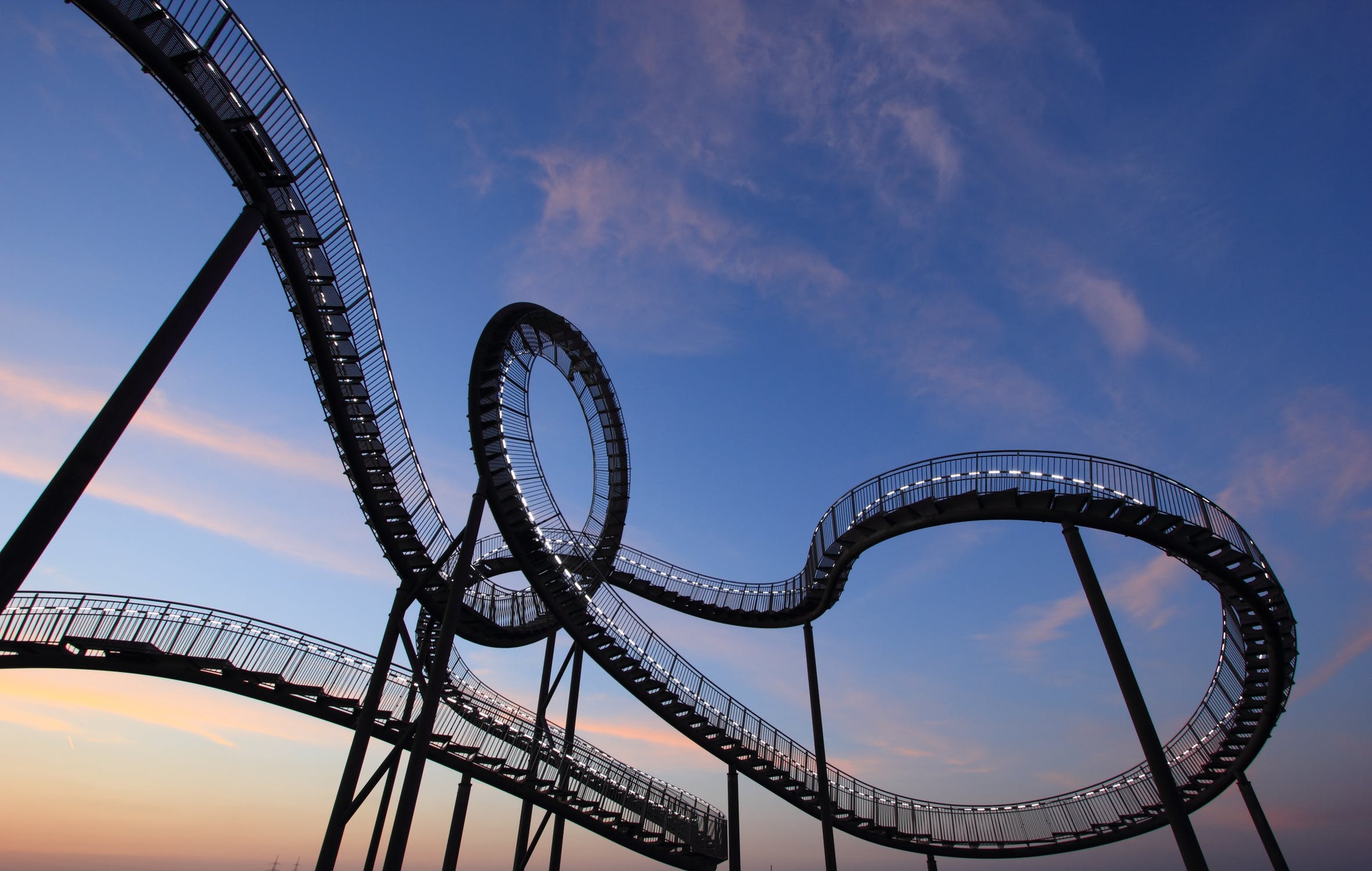 05 Sep The assessment roller coaster is far from amusing

Posted at 16:00h in News and Resources by ainman 0 Comments
0 Likes

Yesterday, Indiana publicly released the results from its new state test and, as predicted, the numbers were sobering. Fewer than half of students passed. Notably, the results continued to show wide disparities across race and demographics: 43.3% of white students passed both the English Language Arts and mathematics exams compared to 24.2% of Latino students and 14.8% of black students.

In the state’s largest school district, Indianapolis Public Schools (IPS), less than a quarter (21.2%) of students passed the English portion of the exam. The math results (22%) weren’t much better. In response to the dismal figures, IPS Superintendent Aleesia Johnson said, “It is frustrating as district leaders and for our families to be on this roller coaster of shifts in state assessments.”

Johnson’s metaphor is an apt one. As I’ve previously noted here at Testing 1-2-3, states that play musical chairs with their tests compromise consistency and comparability for political expediency. The outcome is almost comically predictable: students and families alarmed or confused; educators riled up and upset; and elected officials looking to put as much distance between themselves and the fallout.

What’s puzzling are the knee jerk, non sequitur “solutions” offered in moments like these. The train of thought goes something like this: (1) these results can’t possibly be right, (2) these results don’t show how hard our teachers and students have worked, (3) we must forestall any negative consequences from these numbers, and (4) we must immediately scapegoat these results (preferably by blaming the test itself and the accountability systems associated with it).

By their own admission, state officials have said that the drop in scores was not a surprise. If anything, the test was designed to be more rigorous and better aligned to college and career standards. The state’s assessment director said as much: “While the data has shown, potentially, that our students may appear to be doing worse…what we are trying to do with [the new test] is ensure that we are expecting more from students.”

All of this leads me to believe that the latest testing dust up in Indiana is less about the test and the low passage rates and more about the accountability that flows from them. To wit, the current state superintendent has suggested decoupling test results from school grades and teacher pay because the state’s accountability system “inflates the failure.” But does it?

Consider what Florida was able to achieve when it doubled down on its muscular assessment and accountability system. As the chart below illustrates, the Sunshine State continued to raise the bar when performance improved. Counterintuitively, doing so actually reduced failure while increasing the number of high-flyers. Chalk one up for high standards and high expectations! 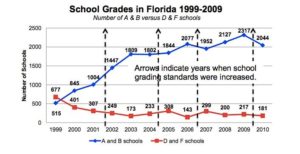 Here it’s also worth remembering former U.S. Secretary of Education Arne Duncan’s mantra: “We need to stop lying.” In a speech given at the National Press Club ten years ago, Duncan said:

We have to stop lying to children. We have to tell them the truth. We have to be transparent about our data. We have to raise the bar so that every child knows on every step of their educational trajectory what they’re going to do.

When it comes to student performance on state tests, truth telling is hard. It’s uncomfortable and unpleasant, with very little political upside. But as Duncan correctly noted, it’s the right thing to do. And it’s the least we can do for our students who deserve better than to be taken on a roller coaster of a ride.